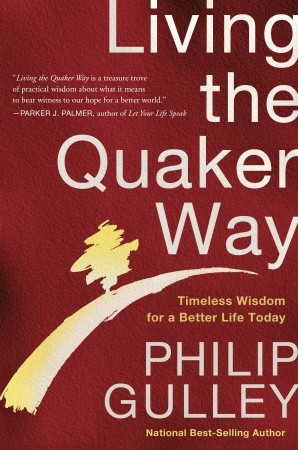 What is the Quaker religion about? Do Quakers believe in the Bible or something else? How do Quakers worship? What does Quakerism value most?

Quaker pastor Philip Gulley’s book, Living the Quaker Way is an introduction to Quakerism for those on the outside. Gulley explains what the Quaker faith is by explaining its most important values: simplicity, peace, integrity, community and equality. The initial appeal to Living the Quaker Way is that these values are such positive, noble values that it would seem people of any faith or no faith would be open to learning more about them.

However, problems crop up in the explanation of these values. Gulley is clear that the Quaker way is one of working for peace, a fact that cannot be disputed. However, in order to work for peace, a respect for others is essential. Certainly, it’s always easier to show highest respect to those who think exactly as we do – those who vote the same way and have the same beliefs as we do – because we agree. However, Gulley ventures into territory that becomes offensive. He touches on hot-button political topics that offend.

The book’s tone, to some, will be nothing but peaceful. To others, it will lack tolerance for diversity of thought and should have left some issues alone.

Sometimes, in the pursuit of peace, the best route is not to criticize those who believe differently, but to merely say “We agree to disagree.”

I received this book for free from Blogging for Books for this review.

Connect with me on Twitter @ByErinShelby View all posts by erinshelby